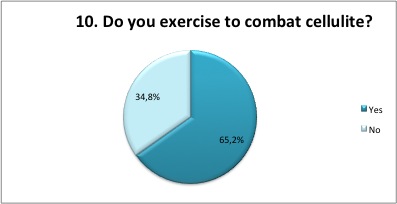 11. Do you know the difference between localised fat and cellulite?

Localised fat simply defines fat-filled cells without it signifying the least problem of body function. It would be called cellulite if this was the case (skin becomes red and grainy on the thighs and buttocks and then soft and flabby). Localised fat can remain unseen to the naked eye in as much as the silhouette can plump out but the aspect of the skin doesn’t change. In contrast, excess weight eventually hampers the circulation, pressure builds up on the adipose tissues and blood vessels are compressed: all these conditions are united so that cellulite appears. 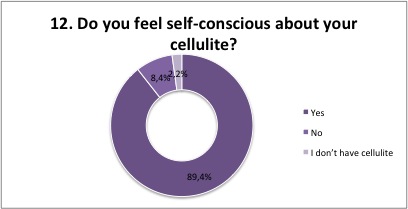